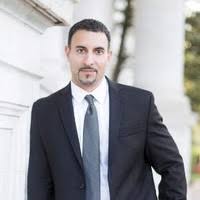 To separate yourself from your competitors and really thrive these days, you can't spend a bunch of money to attract someone who will then make a single purchase. You want them to be happy enough with their experience that they not only keep returning - but spread the word as well. This is where animations come in. In this guide, I’ll cover potential of animated videos, their types, tried and tested ideas, tips and best practices that work best with animations,

In the fast-paced, modern world of digital marketing, the number of techniques that you explore as you attempt to make a meaningful connection with your target audience really is practically limitless.

Make no mistake about it - this is an incredible position for any marketer to be in. But it can also be a liability if you don't take the time to actually understand these techniques and make a note of how they're different and when they're best used.

A lot of brands - especially those trying to create the most professional impression possible - are quick to write off animation because of its inherently cartoony nature.

But what they might not realize is that this particular format is undeniably effective - especially in all the ways that are most important to you.

According to one recent study, an animated explainer video on a landing page has the potential to increase conversions for that landing page by as much as 20% in some cases.

This is because animation in particular is a perfect chance to evoke all of the different emotions that will resonate with your viewers in a short amount of time.

Because of their fun nature, they're commonly seen as less intrusive than other types of ads. Not a lot of people are using them (at least not on a regular basis), so they're also a perfect way to stand out in a crowd.

But another one of their major benefits is that they're so cost effective. Rather than building sets, renting camera equipment, spending hours shooting a live action video and publishing, you can convey the exact same information in a fraction of the time and effort - all in a way that is undeniably more "fun" as well.

All of this is to say that on the list of marketing resources that you're almost certainly not using enough in the modern era, animated videos would be right at the top.

But as is so often true, it is still very possible to "get this one wrong" if you're not careful. Therefore, if you want to make sure that you're harnessing the full power of animated videos to the best of your ability, there are a few key things you'll want to keep in mind.

The first thing you need to understand is that not all animated videos are created equally.

For the sake of discussion, let's say you want to create an animated explainer video for one of your landing pages - probably because you want to dramatically increase conversions as outlined above. In that case, there are a few key types of animation styles that you can choose from, including but not limited to ones like:

Whiteboard animation which is maybe the most straightforward form of 2D animation there is.

It pulls the viewer into the animation itself, giving them the feeling that they're literally watching someone sketch ideas on a chalkboard.

Thanks to the minimalist design that these videos bring with them, they're a great opportunity to allow your viewers to really focus on the content and the message behind what you're trying to say.

Motion graphics is another style that is intended to be not only engaging, but as easy-to-follow as possible. Here, the focus is on the movement of small objects and their placement within a frame.

They require a significant amount of attention-to-detail to properly execute, but they're incredibly effective just the same.

Cutout animation style is exactly what it sounds like - it features not fancy animation, but characters and objects that look like they're cut out of paper. If you've ever seen the animated television show "South Park," you know exactly what we're talking about. If you're worried that this style might come across as a bit plain or on the boring side, you could always spruce things up with digital cutout animation - which simply improves the way those objects move.

Cartoon animation is what most people are probably thinking of when they think of the term "animated video."

It features lots of colors, lots of humor and probably more than a few sound effects - all with expressive characters galore.

It's certainly an exciting way to explore animated video marketing, provided that it fits in with the impression you're trying to create for your brand, of course.

Again - animated videos are about a lot more than just Disney-style cartoons and limiting them to that idea in your head is a massive failure to understand their full potential. Having said that, you do need to make sure that the style you choose matches well with A) the message you're trying to get across, and B) the audience you're going to be speaking to.

Not every audience is going to respond well to a flashy and fun cartoon animation and in that case, something more minimalist and professional like whiteboard animation will be more your style (no pun intended).

Always start with your audience and what you think they want based on your understanding of them and work your way backwards to the animation style. Don't make the mistake of creating an animated video and hoping that it connects with your audience.

Likewise, you'll want to use a site like Respona to research the types of topics that your audience actually cares about. Not every single one is going to work well in the animated format - some will need to be a blog post or even a longer form piece of content like a whitepaper.

But once you do identify something that would work well in animation, make sure you capitalize on that opportunity.

The Potential of Animated Videos

Once you've taken the time to actually create those videos, it's also important for you to understand what it's possible to do with them. One of the best ways to not only get your message to the people but to repurpose the same content over and over again is to use them to create social media graphics. If your animated video features a representation of your brand's "mascot," you could turn it into a graphic that people can share on sites like Facebook and Twitter.

If you created a longer animated video that touches on a few key topics, you could even split that up into smaller chunks and make it more digestible to that same social media audience. The longer video can easily live on your website but you can give people the chance to experience it in a faster way on social networking sites.

In the end, remember that just because your brand is a professional one does not mean that animated videos aren't right for you.

Sure, they can be fun and goofy - but they can be sleek and professional, too. As is so often true in the world of modern marketing, the technique itself matters less than the lengths you go to when adapting it to your own audience.

rovided that you never lose sight of that one simple fact, your animated videos will work wonders.

Payman Taei is the founder of Visme, an easy-to-use online tool to create engaging presentations, infographics, and other forms of visual content. He is also the founder of HindSite Interactive, an award-winning Maryland digital agency specializing in website design, user experience and web app development.