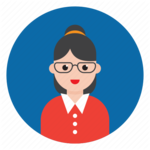 Are you planning to develop a mobile app? You must be pondering over design, functionality and feature, platform, and other elements. Here is where a mobile app prototype can help. Did you know, even before, you have developed the product, a prototype for your mobile app can help you to visualize and test many of the features and even collect feedback, not only from your development team but also from your users as well. In this article, we explain the significance and benefits of mobile app prototyping.

Are you planning to develop a mobile app?

You must be pondering over design, functionality and feature, platform, and other elements.

However, you are making a big mistake if you haven’t incorporated mobile app prototyping in the process.

What is a Mobile App Prototype?

A mobile app prototype is an interactive demonstrable version of your future product that mimics the design, functionality and other features of your future app.

A mobile app prototype is more close to a design than a release version of a product and holds a few but very important, basic features and user flow.

A prototype is a crucial step you shouldn’t skip while creating a mobile app. It is a pre-developed working model or a preliminary visualization of a working app.

Or you can call it an early sample.

A Mobile app prototype, being a pre-developed working model of your app, helps you determine the look, feels, and functionality of your final app, even before developing it.

A mobile app prototype will also let you know how users will react to your mobile app. This way, it is an effective way to validate the strategic design of the product.

A prototype helps you analyze three key points that often make a difference:

Here I have explained some significant benefits of mobile app prototyping.

How can we ensure better clarity when developing a mobile app? For this, we need to answer many critical questions. For example:

You wish you could have a magic wand to see all these things before making a mobile app.

It helps you determine every aspect of the mobile app even before developing it. Although rough paper sketches can also help, it won't be that close to the final product. In mobile prototyping, you build a working prototype that is almost identical to the final product. This way, you can determine which features do what and how.

To conclude, a mobile prototype provides you a working flow chart in earlier stages.

A mobile app prototype is more effective than any sales pitch when it comes to demonstrating the idea to the investors.

A prototype is a working model of your actual product, letting the investors know if things can work or not. Investors are more likely to invest in the perspective of your project. They like to determine the involved risk too.

Bringing a working prototype into the scene will be convincing. Investors can get the look and feel of your project, helping them predict the potential of your idea. Even non-technical investors can understand the functionality and the user flow across the app.

However, make sure to present a flawless prototype to the investors.

For example, mobile app prototypes can be shared among team members so that they can keep track of changes and feedback.

Continuous conversations among product owners, developers, and designers ensure that the solutions put forward in the prototype will be acceptable for all involved parties when the project hits the development phase.

Creating mobile apps that lead to deep user engagement is a challenging task to do. However, it is easier to create the one which only disappoints the users.

Given that an app prototype is almost identical to the function and the feel of the final product, it is a great way to validate usability and UX.

By having the prototype tested by a relevant set of team members, you can determine the user experience with your app.

Such vital questions can be answered through testing.

When you picked a team of developers who are equally skilled and expensive, any inconsistencies can pile up the cost. That’s why you should be clear about what you’re creating and why before starting the work.

There are exhaustive rounds of feedback, tweaking, and iteration to get the desired solution.

Top of that, if you end up with the app that doesn’t meet the intended requirements and requires it to be redesigned, it can be overly expensive and waste of money as well.

Prototypes minimize this risk, if not eliminated.

Although a prototype has also to go through multiple rounds of feedback, the results won't be that expensive than those tweaks being done on a final product. With a prototype, you can decide quickly what to include, what to improve, and what to remove from the design.

Things we conceive in our heads that seem fantastic usually turn out to be pathetic when we put them in a visual medium such as a sketch or a computer screen. This point gives us another benefit of using an app prototype. It helps you find design flaws in the earlier stage.

Let’s make the scenario clear with this example:

Imagine you are making a contact form for the app.

You have been provided with the input fields to be included. You conceptualize the design and sketch it out in your notebook. Once you make it, you can spot issues with your rough design concept. Maybe you can eliminate some parts of the design.

Perhaps you find that you should alter the layout of some input fields to ensure a better user flow. Maybe keeping error validation messages at the top of the input fields can make them more viewable.

7. Simplifies The Comparison Between Variations:

However, it is not easy to compare the designs against each other. Luckily, comparing multiple designs with each other is more accessible through prototyping.

For example, you can choose a better solution between a tabbed navigation menu and a list of vertical links.

We all know that it is a user who can approve or reject the design. Simply put, they are the most valuable source of feedback. After all, we are building mobile apps for them, not for ourselves.

The good thing is that the prototype can simplify user testing in the early stages, rather than at the end. However, you need to use a high-fidelity prototype to capture the feel and look of the final product. For example, if a CTA button is not visible for the users, it could be due to the contrast issue.

Prototyping lets you improve the design concept quickly. You can review and fine-tune your idea without wasting too much time.

A prototype helps decide if your solutions to those issues are good or bad by merely tweaking or moving the elements. If those solutions don't work, you can create another version. This way, you get a clear and confident vision of the work.

Getting feedback is a vital element in the app design process. Your colleagues, team members, and stakeholders can let you know what they feel about your design. Based on their feedback, you can improve and optimize your design. However, the feedback system should be quick and streamlined.

Otherwise, delayed feedback only confuses and affects your morale. Here prototype can make a difference as it pumps up your feedback cycle. Many modern prototype platforms let you share and collaborate with the process with others.

People can provide timely feedback as they can view and use your shared prototype of the design. With prototyping, you can get reviews at every stage—whether it's editing the features or adding new parts to the design.

Prototype Fidelity: Choosing the right one is important

So you must have understood the key benefits of a prototype for your mobile app.

Before diving into the process, it is essential to understand the fidelity of a prototype—in other words, the type of a prototype.

Prototypes vary based on visual design, content, and interactivity.

The fidelity of prototypes is categorized into low, medium, and high depending on the intensity and level of your project.

It is useful when you hit upon some interesting idea and want to visualize it before it fades. These paper prototypes can be refined with the advanced versions of prototypes such as medium and high fidelity.

One more thing—they might not be ideal as the complexity of the product increases.

A medium-fidelity prototype is suitable for intermediate stages of your product development when you are transiting between lo-fi and hi-fi.

At this stage, you add practical functionalities, storyboard, and user scenarios to your paper prototype.

While medium-fidelity can be created on paper or a whiteboard, many designers use the prototyping tools to get more clarity with their creation.

High fidelity prototypes are best to get a near realistic experience of the design with actual functionalities.

This prototyping is generally done by software or tool as you need to add functions and buttons to determine the look, feel, and user flow of the final product.

Helen Wilson is a marketing manager at Savah, a product that helps teams with an all-in-one platform for prototyping, design collaboration tools, and workflow.